It Took a While, but Summer Eventually Sizzled 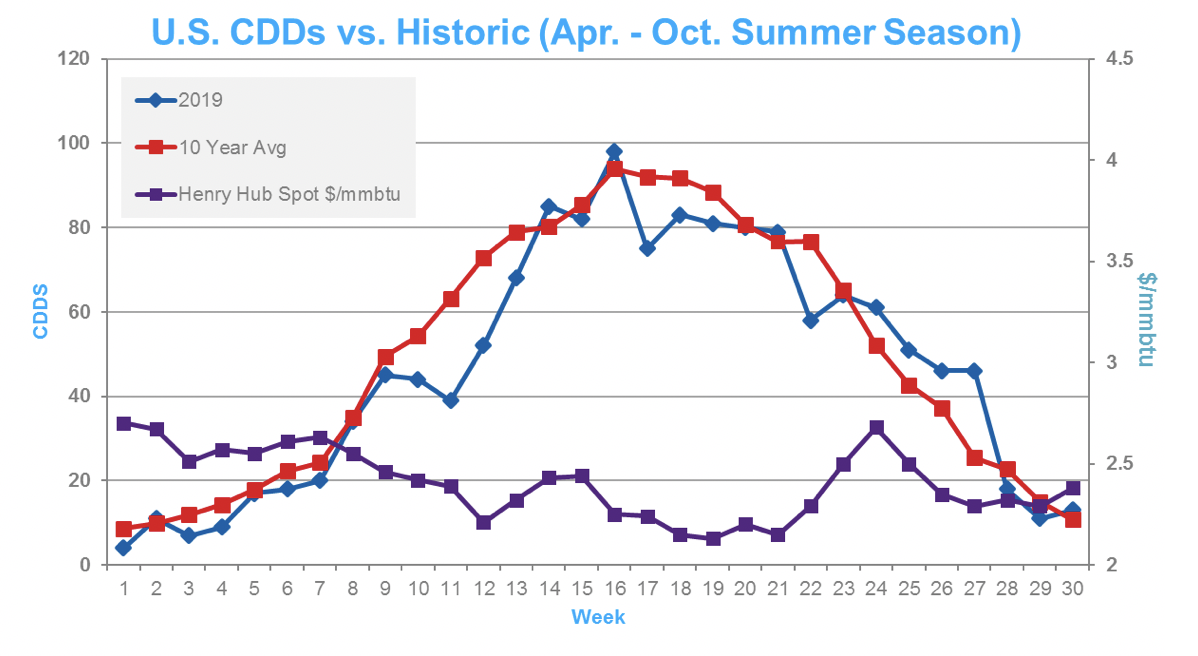 The April-October summer cooling season is over and population-weighted Cooling Degree Days (CDDs) ended the period 6.7% below the 10-year average. However, the 30-week season is really the story of three thirds. The first 10 weeks of the season were 15% lower than norm. The second 10-week period was 10% cooler. The final 10-week period was 5.4% warmer.

Across the Northern Hemisphere, it was the second-hottest August on record and tied 2016 as the hottest summer (June-August) on record.