As president-elect Andrés Manuel López Obrador (AMLO) celebrates his sweeping victory, uncertainty grows over the future of Mexico’s 2013 energy reform. The reforms, designed to liberate Mexico’s rigid and monopolistic energy sector, opened the nation’s oil and gas industries to foreign investment for the first time in 75 years. Since its implementation, the reform has generated an estimated $200 billion in foreign investment in Mexico’s energy sector, with 107 bids for oil exploration and production awarded to 73 companies from 20 different countries.

Energy and economic analysts stress the need to keep reforms in place, arguing that reversal would negatively impact energy markets on a global scale. Despite this analysis, energy reform remains largely unpopular among voters, who have not yet seen its benefits, and distrust private investment in the energy sector. Tapping into the public’s frustration, AMLO has announced his plans to review all existing energy contracts, indicating his desire to make changes to the reform program. If AMLO seeks to repeal the program, he will require a two-thirds vote from congress, and majority approval from each of Mexico’s 32 state legislatures, making any changes very difficult. 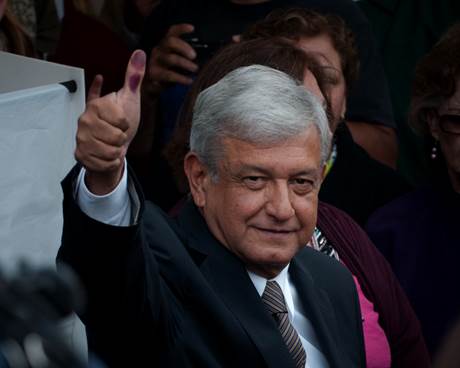